Up to 27% Off 90-Minute Architectural Boat Tour for Two from Chicago Line Cruises. Two Options Available.

Up to 48% off Sightseeing & Tours in Chicago

In 1981, two lawyers — Terry Johnson and Paul McCarthy — purchased the Betty Jean, and began a private charter business called Chicago From the Lake. A friend and client, the late James Bidwill of the Merchandise Mart and later Chairman of the Chicago Convention and Tourism Bureau, suggested an Architectual River Cruise cruise, complete with a docent… and thus a new industry was born. “CFL” moved to North Pier, added the Ft. Dearborn, Marquette, and Innisfree to its fleet and became Chicago Line Cruises — “without question the best architectural tour available in the city of Chicago:witty, informative, and engaging” (Chicago Sun-Times). Come sail with us into the city of broad shoulders and vertical dreams as our expert docents present more than 50 skyscrapers, bascule bridges and historic sites.

Praised as the 2018 Concierge Preferred Winner, “Best architecture tour available” by the Chicago Sun-Times and “Most engaging tour of the bunch” by Time Out Chicago, their river cruises take passengers on three types of educational, 90-minute tours of the city. Chicago Line Cruises has transported more than three million Chicagoans and visitors along the river for entertainment, stunning views, and a deeper appreciation for architectural design. 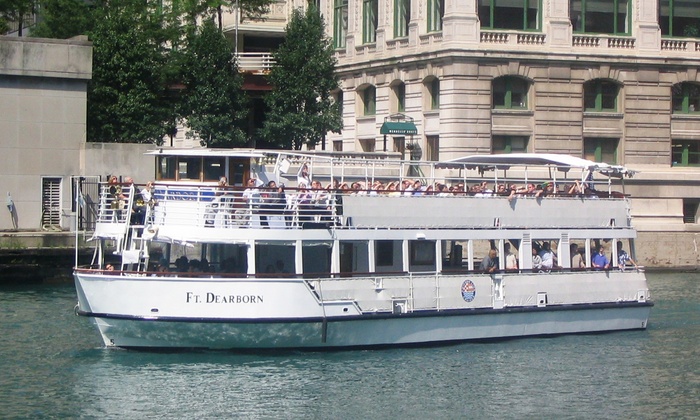